Rent a McLaren 570S in Dubai for a real driving experience.
The McLaren 570S is the first model of the sports series to roll off the assembly line of the world famous British racing car manufacturer.
The car was first presented at the 2014 New York Auto Show and has since gained well-deserved popularity among true driving enthusiasts. Rent it in Dubai and enjoy the spirit of this impressive McLaren sports car.
The McLaren 570S is similar in appearance to its predecessor, the 650S, and bears little resemblance to the top-of-the-line P1 hybrid hypercar. The similarity to the latter lies in the zigzag LED headlights, inspired by the red badge on its emblem.
The McLaren 570S is a powerful supercar that is instantly recognizable when you rent it and drive it on any road in the UAE. The initial speed is 100 km/h in just 3.2 seconds and the top speed is over 320 km/h! Few models can achieve this level of acceleration and top speed, making it the ultimate sports car.
This unique supercar is completely driver and performance oriented, so it can be driven comfortably both on the track and in the city. Under the hood is a 3.8-liter twin-turbo V8 engine, which is also found in the 650S. You won't regret renting it, it's really worth seeing.
By renting a McLaren 570S from DCR, you will be delighted and have a great experience traveling around the UAE in a car that is perfect in every way.

for rent from 3 days 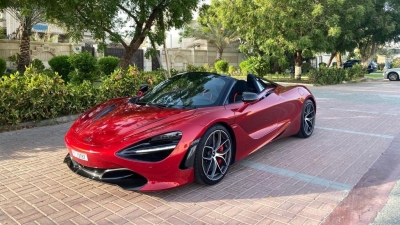 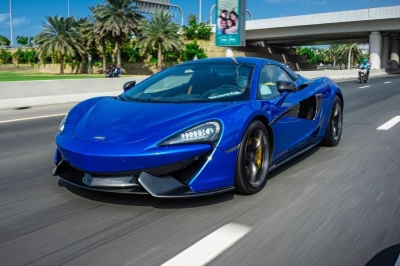