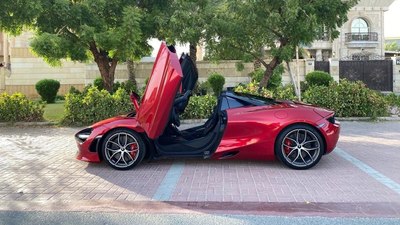 McLaren is a British automotive manufacturer. The main products of the company are sports and racing cars. A stunning appearance, incredible speed and incredible power – it's worth trying!

McLaren was founded by New Zealand F1 driver Bruce McLaren in 1963 and initially produced only race cars. The development of production cars started in 1989. The first sports car for public roads – the McLaren F1 – was released in 1992. Since then, the company has been regularly pleasing its fans with bright, powerful and speedy super-cars – one better than the other!

McLaren is an excellent car to rent in the UAE

What could be a better solution than a luxury car on a luxury highway. A trip in this amazing automobile will give you a mind-blowing drive and unforgettable emotions! This is a great solution for those who love vivid sensations and want to get a boost of energy.

If you want to spring into the incredible speed and experience immeasurable emotions – pick a McLaren from the Dubai Car Rental inventory.

Thank you,
Your order is accepted!

We will call you back soon
to confirm the order.